As a matter of predictable historical consistency, Muslims in India have vented their ire on Hindus whenever they have lost relevance — social, political, economic — and whenever their self-image of once-rulers of India has eroded in any measure.

The latest bout of anti-Hindu violence in Delhi’s Jahangirpuri was just another event in this historical continuum, a part of patterned collective action of the Muslim community at a perceived loss of historical ‘superiority’.

While it is just stating the obvious that the Muslim community is feeling the heat of a resurgent Hindu consciousness that sees itself as the legatee of thousands of years old civilisational existence, the Muslim reaction to it, far from being reasoned and logical, has been elemental as always. They have always gone ape whenever faced with a Hindu challenge.

To put it another way, whenever the Muslim community has perceived (perceived being the operative word here) a Hindu consolidation or even the remote moorings of a communitarian collective emerging from within the Hindus, they have felt anxious, nervous and unnerved. The unease among a large section of the Muslim Ummah quite evident and public since 2014 — after the rise of Narendra Modi whose persona has consolidated the imagination of the Hindu community — is nothing new, just a replication of Muslim response in such situations in the past.

While the construct of secularism has fallen flat in terms of new academic trends that have harped on exposing, rather than whitewashing historical Hindu-Muslim faultlines, the groundswell of the realities of the past are now, more than ever, threatening to break earth. And, it is for this reason that the continuity of anti-Hindu violence as a refrain of Muslim political-cultural behaviour needs to be dealt with.

While Hindu-Muslim rivalry predates the colonial period, the British Raj made the most to exacerbate it for its own good; with the coming of the Raj, Muslims were at once reduced from once-rulers to ordinary citizens at par with the Hindus, thanks to the Queen’s Proclamation of 1858. Conversely, Hindus who had been subjects — their subjecthood rubbed in constantly by such degrading levies as jaziya — came at par with their Muslim rulers overnight.

The Muslim despondency at this parity with the Hindus is quite clear from the writings of one of the doyens of the community, Syed Ahmed Khan. In the aftermath of India’s First War of Independence in 1857, Khan absolved Muslims from any and all blame for the “rebellion” against the British. On the contrary, he indicted the Hindus.

Khan wrote: “Be it known that I am not an advocate of those Mohammadans who behaved undutifully and joined in the rebellion… because at that momentous crisis it was imperatively their duty, a duty enjoined by the precepts of our religion to identify themselves with the Christians and to espouse their cause…”

“…The Muslims were the main targets of the government’s wrath (in the aftermath of the events of 1857). The Indians (Hindus) in an outward pretence of loyalty to the Government were quite openly having their revenge on the Muslims,” Khan wrote in ‘The Causes Of The Indian Revolt’ published as early as 1858.

No more ‘bulldozer justice’? With Supreme Court stepping in, will Jahangirpuri ‘rioters’ be spared?

Cut to 1931. Why 1931? Because it was the year when Kanpur was engulfed by one of the most extraordinary Hindu-Muslim riots in Indian history. Ostensibly, the Congress gave a call for Kanpur bandh or a general hartal on 24 March in the wake of Bhagat Singh’s martyrdom. Young Congressmen tried to picket shops, including those owned by Muslims, and this caused the flare-up as Muslims reacted to coercion to close their businesses.

Yes, a hartal to commemorate Bhagat Singh became the core of Hindu-Muslim religious strife in Kanpur. According to the Congress’ own official inquiry committee that investigated the riots, the Muslims had been feeling unnerved at the end of the Civil Disobedience Movement as its perceived success with the British Raj was considered a Hindu victory. Since it was a Hindu victory, the Muslim community started organising Tanzeem. The Tanzeem movement was “no doubt to organise the Mohammadans in opposition to the Congress movement as an organisation of Hindus,” writes JF Sale, then distrct magistrate of Kanpur, the official inquiry report.

According to one Daya Ram Nigam, a Kanpur resident who deposed in front of the British inquiry committee on riots, “The tanzeemites had more of the look of a regular army of soldiers than of the servants of religion or of people… it had distinctly political bearing and was avowedly anti-Hindu”.

The result of this Muslim anxiety about the perceived ascendance of Hindus under the aegis of a rather unequivocally secular Congress leadership was communitarian strife that officially claimed some 300 lives, unofficially over 500.

The Direct Action Day that wreaked havoc in eastern India, especially Bengal, was yet another example of how the Muslim community shall react whenever it feels that loss of superiority over Hindus, whenever it thinks it is losing the match.

Cut to present. Since 2014, the Muslim electorate has ceased to be a political force. The political equation struck by the BJP with Prime Minister Narendra Modi at the head of it has shorn all political significance from what once was the king-making electorate. The recent Uttar Pradesh election, going a step ahead of the last one, has come to show that Muslim vote-bank politics is a non-starter. The drubbing of such parties that hankered after the Muslim vote as a bank has had a more telling effect on the overall political significance of this community.

So what started with the abrogation of Articles 370, 35A, strike on triple talaq and converged on hijab, halal and loudspeakers atop mosques, culminated on the day of Hanuman Jayanti in Delhi’s Jahangirpuri. 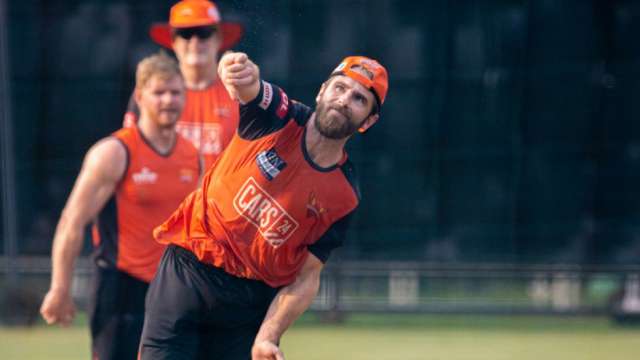