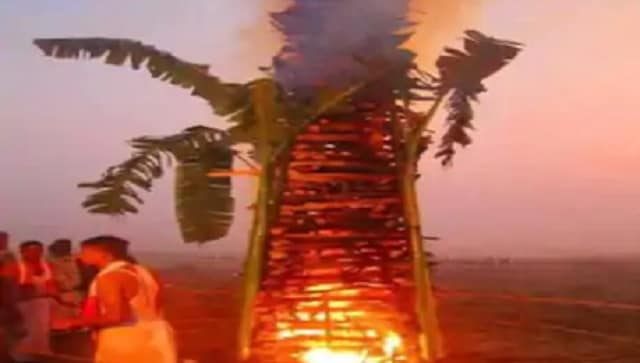 While Assam will be celebrating Magh Bihu, Makar Sankranti celebrations will take place in several ways across the country

Magh Bihu is celebrated in the northeastern part of India especially in Assam. In the Hindu month of Magh, it is a harvest festival that marks the end of the season. This season falls between January and February, every year. This year, Magh Bihu will be observed on 15 January (Saturday).

As per the Bengali calendar (Bengali Panjika), Magh Bihu is marked and observed on the first day of the Magh month. Interestingly, this much-awaited festival marks the end of the Assamese month of Pooh and the beginning of Magh; hence naming it as Magh Bihu.

While Assam will be celebrating Magh Bihu, Makar Sankranti celebrations will take place in several ways across the country. As the style and tradition remain the same, it makes Magh Bihu as one of those festivals that showcases India’s diversity in culture.

Be it Makar Sankranti or Magh Bihu, the festival is dedicated to Fire God. This festival marks the end of the harvesting season. Assam celebrates this festival for a span of two days.

Known as the harvest festival, Magh Bihu is dedicated to Lord Surya. The main significance of the festival is that it marks the end of winter.

How is the festival celebrated?

The first day of Magh Bihu is known as Uruka, while the following day, is known as Magh Bihu. People observe this festival by having a feast that is known as Bhuj. On this occasion, several tribes and communities come together and celebrate it with love and devotion.

On Uruka (first day of the festival), young men build huts with bamboo and leaves. They also spend the night in making the makeshift shelters known as Bhelaghars. The following day, the actual festivities begin with a ritual called Meji. This ritual can only begin after ceremonial bathing.

Subsequently, people observing the ritual light bonfires on the fields and worship the deities. They also make various offerings and this practice of setting the bonfire is called Meji Jwaluwa.

As the ceremonies come to an end, the Bhelaghars (makeshift shelters) are set on fire by the people observing the festival. Then, the ashes are collected from the Bhelaghars and Meji that have been burnt, and mixed into the fertiliser. It is a belief that this makes the fields more fertile, hence bringing good produce.