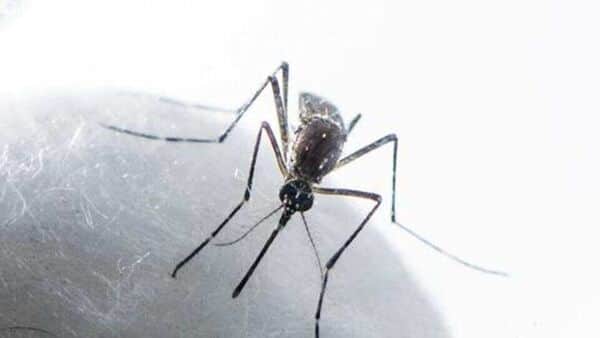 In a bid to keep a check on Dengue cases or other vector-borne diseases in national capital Delhi’s southern fringe, the South Delhi Municipal Corporation (SDMC) has issued notices to almost 8000 owners and caretakers of property where breeding of mosquito larvae was found.

The SDMC informed of this progress on Friday. At least 81 dengue cases have been recorded so far this year.

The SDMC said to detect mosquito breeding on premises, domestic breeding checking (DBC) staff have inspected over 27 lakh households since the beginning of the year. During the inspection, mosquito breeding was found at nearly 8,000 houses. The DBC workers have ensured anti-larval spray in more than two lakh houses and made people aware against mosquito breeding, the statement said.

Besides, the department has carried out a massive drive to detect and dismantle larvae breeding at vulnerable places like constructions sites, drains, water bodies, water installations, vacant places, etc while insecticides are being sprayed at a regular interval at these places.

Appropriate action has been taken against agencies like DMRC, Delhi Jal Board and DDA after finding mosquito larvae on the premises of their properties.

Apart from taking measures on ground, people are being made aware of dengue, malaria and chikungunya through Information, Education and Communication (IEC) activities.

Under the initiative, handbills being distributed to citizens, stickers are being stuck at market and commercial places, banners and hoardings displayed, besides other activities. Public announcements are also being done through PA system mounted on auto-tippers, it added.

No death has been reported due to the vector-borne disease so far, it said.

Delhi had recorded 23 dengue cases in January, 16 in February and 22 in March. In April, the city logged 20 cases, according to an SDMC report released on Monday.

Cases of vector-borne diseases are usually reported between July and November, but the period may stretch till mid-December.

Civic officials said dengue cases are being recorded early this year due to the congenial weather for mosquito-breeding.

In 2015, the city had witnessed a massive outbreak of dengue with the number of cases crossing 10,600 in October itself. It was Delhi’s worst dengue outbreak since 1996.