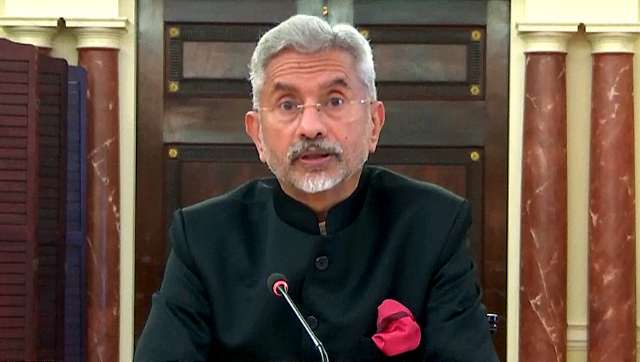 It is Jaishankar’s ability to explain India and its policies in a convincing way that has led the US, the EU, Japan, Australia and many other countries to understand and appreciate India’s positions on the Ukrainian issue

India is truly proud to have Subrahmanyam Jaishankar as the External Affairs Minister (EAM) at a crucial time in global affairs when the COVID-19 pandemic has brought enormous challenges to the country’s diplomacy, among other things, and the emergence of a new and complex Cold War between the United States and Russia — two erstwhile super Cold Warriors — has raised newer concerns.

A diplomat par excellence with a career spanning nearly four decades, Jaishankar has been instrumental in addressing arduous issues affecting India’s relations with major powers. He has played a key role in negotiations leading to the signing of the 123 nuclear agreement with the United States for civil nuclear cooperation and the conclusion of a new defence framework to guide security ties between the two countries. Later, he deftly handled the Devyani Khobragade episode that threatened to almost derail the painstakingly constructed India-US strategic partnership.

More significantly, when Prime Minister Narendra Modi made his maiden visit to the US after about a decade of visa denial, it was Ambassador Jaishankar who facilitated the summit meeting between President Barack Obama and the Indian Prime Minister.

Jaishankar, in addition, was the longest-serving Indian Ambassador to China where he not only played a pivotal role in shaping the bilateral relations but also acted sturdily to counter the uncalled-for Chinese moves to inflame Indian sentiments. When China issued visas to Indian visitors with maps showing Ladakh and Arunachal Pradesh as part of Chinese territories, he instructed the Indian embassy to issue visas to Chinese visiting India with maps showing all those areas as part of Indian territory. No wonder, China quickly revoked its policy!

Jaishankar knew how to handle the Chinese diplomatic moves with fitting rejoinders and it was indicated more recently in his remarks on the state of Sino-Indian relations when Chinese Foreign Minister Wang Yi visited India in the backdrop of the Ukrainian War. Wang’s visit to India was apparently to mend fences in the face of severe Western sanctions on Russia and the ongoing economic Cold War between the US and China. Jaishankar was candid when he said that India-China relations “are not normal now” and asserted that “so long there are very large deployments [of Chinese troops]”, border situations could not be “normal.”

Jaishankar is the 30th foreign minister of India since Independence. Some leaders served as Prime Minister and Foreign Minister at the same time. But none of the former foreign ministers had a doctorate degree in international affairs to their credit. None of them had served as the number one officer — the Foreign Secretary of India. Credit must go to Prime Minister Narendra Modi for picking Jaishankar as the EAM who was also elected as a Rajya Sabha member from Gujarat.

A scholar-cum-diplomat-cum-political leader, Jaishankar today represents an India that has come a long way from the early days of Independence to play an important role in global affairs in its capacity as an economic powerhouse, resilient democracy and nuclear weapon power.

Nowhere this new India is better mirrored than in open statements that EAM Jaishankar has made in recent weeks while interacting with foreign leaders and dignitaries and particularly in responding to critical observations about India’s position on the Russia-Ukraine war.

India was facing charges that it was buying Russian energy resources while the international community was seeking sanctions on Russia for its invasion of Ukraine. The EAM’s bold retort was factual, logical and intellectual. He stated that if the EU member countries could continue to buy Russian oil despite sanctions, why was India asked to stop its minimal imports from Russia — several times less than the EU imports from Russia!

India was under apparent pressure to condemn the Russian invasion of Ukraine. Jaishankar explained that India supports peace, dialogue and discussion to resolve conflicts and that India is opposed to “violence” and believes in respect for the “sovereignty and territorial integrity” of all nations. Clearly, such a position is not supportive of what Russia has done in Ukraine and at the same time it does not consider that condemnation or seeking political isolation of Moscow is the key to resolving conflicts.

To set at rest reported Western disappointment over India’s approach to the European crisis, Jaishankar reacted by asking a counter-question regarding their stand on cases of violation of territorial integrity and use of force in an attempt to settle disputes in Asia that were known to the world for over a decade.

Jaishankar is all for the furtherance of the India-US strategic partnership. He has extended India’s full cooperation to the Quad initiative to maintain peace and stability in the Indo-Pacific. But he has also cautioned that expecting Quad to go beyond the Indo-Pacific and take unified positions on events in Europe would compromise the initiative’s strategic goals.

Moreover, EAM Jaishankar has also reminded the international community not to judge India on the basis of its standards and has rather urged them to understand India on the basis of relevant national causes and interests. This is indicated in the way he answered American allegations of human rights violations in India when he alerted the US officials that India too is well aware of human rights conditions in their country. What he meant were mutual understanding and unidirectional statements or observations.

There was a time when the Indian foreign policy community was either feeling insulted or complaining about Western misperceptions and negative comments about India. Now we have a foreign minister who explains in a language that can be better understood by foreigners.

Jaishankar, in addition, is straightforward when Indian political leaders and opinion-makers either exhibit their ignorance or seek to politicise an issue that only benefits India’s adversaries. He boldly countered Congress leader Rahul Gandhi’s allegations that the government’s neighbourhood policies are pushing China and Pakistan closer toward each other. The EAM with little hesitation suggested that Rahul Gandhi needs “history lessons”. The political class in India needs to know the history of international relations before commenting on issues that can affect India’s national security.

Today, we are witnessing a changing global order and dynamic security scenarios where a knowledgeable, articulate and at the same time affable leader is in charge of a country’s foreign policy. With deep insights into Indian history, society and culture and the ability to draw ideas and inspirations from Indian epics and philosophy, Jaishankar seems to be a role model for Indian diplomats and leaders.

It is his ability to explain India and its policies in a convincing way that has led the US, the EU, Japan, Australia and many other countries to understand and appreciate India’s policies and positions on the Ukrainian issue as well as other critical developments impacting the current global order.

The writer is a professor at Jawaharlal Nehru University. Views expressed are personal.