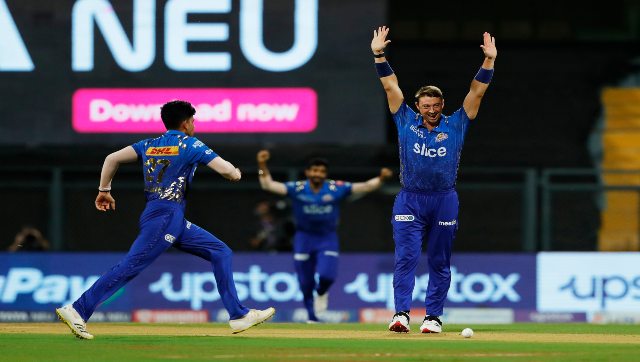 Drama is never far away when Chennai Super Kings take on Mumbai Indians, and at Wankhede on Thursday it manifested quite early with the DRS not working as a result of the powercut in the stadium. CSK lost two wickets to contentious LBW calls — three wickets overall  — in the space of the 10 balls the DRS wasn’t working. Did it affect the final outcome? We discuss that and a few other burning questions as Mumbai Indians thrashed CSK by six wickets after bowling them out for 97 in the first innings.

Daniel Sams of Mumbai Indians celebrates the wicket of Devon Conway of the Chennai Super Kings during Match 59 of the IPL 2022 at the Wankhede Stadium in Mumbai on 12 May, 2022. Sportzpics for IPL

Did the powercut cost CSK the game?

Two of the three dismissals upfront inside the first two overs were LBW calls that could have gone either way. Both went against Chennai Super Kings as Mumbai Indians got an early edge in the game. There was no DRS available to try and overturn the calls and inside the first two overs, CSK were 5/3. Devon Conway, whose decision in particular was a bit iffy, was dismissed for a first-ball duck after three successive half-centuries.

Did it affect the end result? That’s a huge call to make, and the straightforward answer is a no. While the Conway dismissal might have been overturned, Uthappa’s was close and could have just been umpire’s call (which was out) on hitting the stumps. Either way, to state that the result of a game that lasted 185 balls was affected by two balls is an overblown reaction. CSK head coach Stephen Fleming had a more balanced view about the same.

“It was a little bit unlucky that it happened at that time,” Fleming said at the post-match press conference. “We were a little disappointed, but that’s still part of the game, isn’t it? It sort of set off a chain of events that were not in our favour, but we should be better that than [being bowled out for 97]. It certainly wasn’t a great start.”

This isn’t the first time CSK have struggled against MI in the powerplay overs with the MS Dhoni-led side being 24/5 in 2020 and 2021 (24/4 with Ambati Rayudu retired hurt) inside the powerplay against MI.

Should Dhoni bat higher up in a collapse?

A team is 5/3 and we are back asking the same question — should Dhoni bat higher up the order in a collapse? If it was the 2019 ODI World Cup semi-final earlier, it was the CSK – MI game last night, and both times, Dhoni walked in a little lower than he should have. The CSK skipper eventually came in at 17/4 inside the powerplay overs, but there’s the argument that Dhoni should walk in if two wickets fall as early as they did last night.

The simple reasoning is that Dhoni is brilliant in absorbing pressure and holding his end up as we have seen multiple times in his career. There’s no questioning that even at this age as he showed on Thursday, remaining unbeaten on 36 even as the rest of the team collapsed around him.

Dhoni has walked in to bat inside the powerplay overs in IPL 19 times, now including last night, and he averages a healthy 36.8 while striking at a rate of 120. In such crisis, surely CSK need Dhoni walking in earlier (at the fall of the first two wickets) to try and mitigate the damage.

How Daniel Sams turned his season around

Daniel Sams started off the season on a horrible note, going for more than 50 runs in two of the first three matches he played — in the second he did not even bowl his entire quota of overs — and was promptly dropped from the XI. With Mumbai Indians unable to find a good option upfront, Sams returned for the fixture against CSK last month and picked up a four-wicket haul.

Since then, Sams has been outstanding with the ball, picking up 10 wickets (third-most in these two weeks) at an average of 16.2 and an economy rate of 7.04. He has defended a score in the final over and bowled brilliantly in the powerplay, something Mumbai sought from him when they picked him. In the powerplay, Sams has five wickets in these two weeks, clocking an economy rate of 6.3, the best for anyone who has bowled as many overs as him in the powerplay in this short duration.

Like Sams, Mukesh Choudhary has also turned his season around spectacularly. He has taken 11 wickets in the powerplay overs, the most by any bowler in the season, and despite an economy rate of 8.2, has been impactful in the first six overs.

The left-arm quick, in his maiden IPL season, started off on a sour note, going at a rate of 11.25 runs per over in his first four matches. With dropped catches and poor spells, he caught the attention of the camera multiple times. But to CSK’s credit, they stuck by the youngster, using him in the Deepak Chahar role in the powerplay overs.

After the first four games, Choudhary has taken 13 wickets at an average of 14.9 and the economy rate is 8.1. The left-arn quick has bowled more than 70% of his overs in the powerplay, with CSK banking on his ability to generate early movement to take wickets. Filling in for Chahar, Choudhary has made a strong case to partner the right-arm quick with the new ball next year.

In eight matches this season, Moeen Ali has accumulated just 130 runs, averaging 16.25 with the bat. Six of his seven dismissals this season has come against pace. More than 60% of the balls he has faced this season has also been from pace bowlers despite his role primarily being in the middle overs. With teams figuring out Moeen’s penchant for spin and struggle against hard lengths, the Englishman hasn’t had it easy this season.

Moeen has a vital role in the CSK middle-order in that he is the only left-hander until Ravindra Jadeja in the batting line-up. While Devon Conway’s return eased that out a bit, Moeen’s lack of form often meant CSK’s pace hitters —Ambati Rayudu and Robin Uthappa — facing a lot more of spin than they would have liked to. With no Suresh Raina as well in the mix, CSK were dented by the lack of spin hitters through the middle overs until Conway and Ruturaj Gaikwad started batting deep. 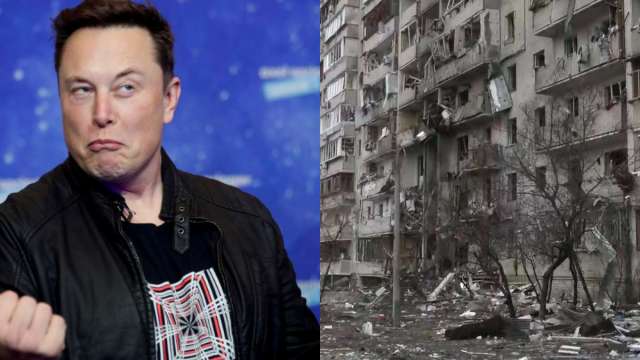