Punjab Kings (PBKS) kept their Indian Premier League (IPL) playoff hopes alive with an 11-run victory over Chennai Super Kings (CSK) at the Wankhede Stadium on Monday; collecting their fourth win of the season in the process.

After a couple of disappointing results against Sunrisers Hyderabad (SRH) and Delhi Capitals (DC) — with the one-sided defeat against the latter inflicting a massive blow to their Net Run Rate —, Monday’s performance against the Super Kings came as a breath of fresh air for the Mayank Agarwal-led side and their fans.

After getting bundled out for a paltry 115 against Delhi, the batting department produced a much-improved display against the defending champions in Match 38. They posted a competitive 187/4 on the board that they would later go on to successfully defend; thanks to some impressive death bowling from Arshdeep Singh.

The standout performance, however, came from the veteran Shikhar Dhawan, who continued his fine run in the tournament; blasting an unbeaten 88 off 59 deliveries that laid the foundation for the challenging total that the side was later successfully able to defend. Dhawan has been a consistent run-scorer all these years in the IPL and currently finds himself second in the all-time run-scorer’s list in the league behind fellow Delhiite Virat Kohli with more than 6,000 runs against his name. The authority with which he struck the nine fours and two sixes against the Chennai attack had Shikhar Dhawan of the 2020 season written all over it.

The additional advantage that Dhawan had was his vast experience, which has helped him get a better understanding of CSK’s bowling plans over the years.

“When you face a bowler, you have an idea as to what he will be planning next,” Dhawan told seamer Arshdeep Singh in a chat after the game. “I have played against CSK a number of times. I was a little careful while facing their new Sri Lankan bowler (Maheesh Theekshana), but attacked him too when the opportunity presented itself. I also knew about their plans, their preference for wide yorkers, and how I had to hit those wide yorkers over the bigger boundary.”

Rajapaksa steps up for the Kings

However, it is hard to ignore the contributions of other members of the batting department as well, who have been crucial to the Kings bouncing back from a confidence-shattering loss. On Monday, it was Sri Lankan batter Bhanuka Rajapaksa performing the supporting act to Dhawan’s fireworks.

The Sri Lankan top-order bat had made just three appearances in this edition before this game. His last appearance also came against Chennai more than three weeks back. Rajapaksa would’ve felt hard done by after getting benched despite getting off to solid starts in each of his first two appearances.

The Sri Lankan was striking at nearly 200 that was instrumental in helping Punjab chase down the 206-run target in their first game of the season against Royal Challengers Bangalore. He then top-scored against KKR in their next outing, smashing 31 off just nine deliveries and was something of a silver lining in an otherwise disappointing batting performance by the unit.

And with his more composed approach on return in the last Monday’s fixture against Chennai, in which the 30-year-old southpaw collected two sixes and as many fours, Rajapaksa highlighted the fact that he isn’t a one-trick pony. He, in fact, showed that he can play the aggressive or the supporting act depending on the team’s requirements and adjust as per the situation he finds himself at the centre of the pitch. It wasn’t a flawless knock though as he had been dropped on 2 by Ruturaj Gaikwad but still managed to make the most of the opportunity nevertheless.

“It has always been the attacking way, the Punjab way. But today, we just had to change the way we bat,” said Rajapaksa in the post-match press conference. “And on a wicket like this, especially the way I batted, I had to wait for the ball because the ball was not coming nicely to the bat. So the more you wait, I think I was able to get the ball into the gap. I was quite fortunate in the beginning. The more I waited for the ball, the more I got it from the middle of the bat.”

English all-rounder Liam Livingstone, who was the top overseas buy at the mega auction at Rs 11.5 crore, too impressed with a cameo of 7-ball 19, including a four and two maximums in three consecutive deliveries that helped Punjab plunder 22 in the penultimate over bowled by Dwaine Pretorius.

That Livingstone, who has three half-centuries to his name so far this season, teed off from the word go on a surface that wasn’t the easiest to bat on is what will give the team management great confidence as far as their middle-order is concerned going forward.

The only worry at the moment has been their skipper Agarwal, who has continued to cut an inconsistent figure this season and was dismissed for 18 off 21 deliveries on Monday night. Him failing to convert his starts could build pressure on his in-form opening partner Dhawan and the rest of the Punjab batting line-up.

A game earlier, the 31-year-old Karnataka batter actually produced a dashing 32-ball 52 against the Mumbai Indians in an opening stand of 97 runs with Dhawan. This gave the belief for a while that Agarwal had rediscovered his old touch.

However, he was nowhere near as fluent on Monday and had struggled to score freely against the Super Kings attack, especially rookie seamer Mukesh Choudhary, who appeared to have had a stranglehold on him. 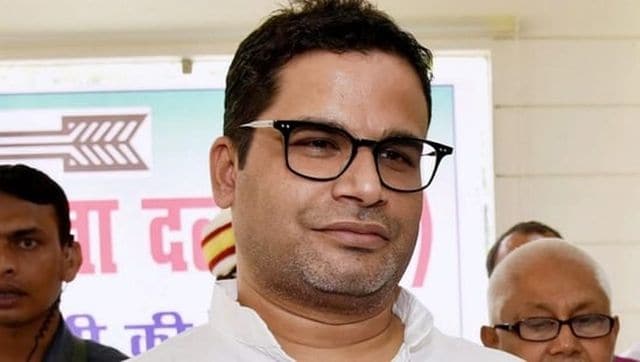