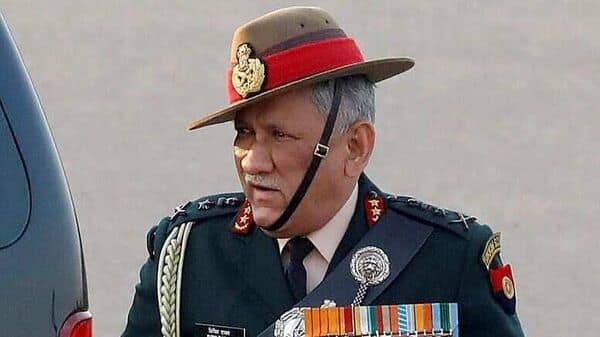 An air force helicopter crash that killed India’s military chief and 13 other people was caused by an unexpected change in weather that disoriented the pilot, a military court said in preliminary findings released Friday.

The helicopter was flying through a valley last month with Gen. Bipin Rawat, his wife and 12 other army and air force personnel on board when a change in weather led the pilot to fly into clouds, the court of inquiry said.

“This led to spatial disorientation of the pilot resulting in controlled flight into terrain,” the court said.

The court ruled out mechanical failure, sabotage and negligence as the cause of the accident.

The Russian-made Mi-17V5 helicopter was on its way from an air force base to the army defense services college when it crashed near the town of Coonoor, a hill station in the southern Indian state of Tamil Nadu.

The helicopter lost contact with air traffic control seven minutes before it was supposed to land and it sent no distress call before it was found in flames in a forested area.

Rawat, 63, his wife and 11 others were killed on impact. The lone survivor, air force Capt. Varun Singh, died later during treatment.

Rawat was the most senior official in the Indian military and the first chief of defense staff, a position created by the government in 2019. He was also an adviser to the Defense Ministry.

His primary task was to overhaul the military, which has struggled to modernize, and improve coordination among the army, navy and air force.

He previously served as chief of army staff and also commanded forces in Indian-controlled Kashmir and along the frontier with China. He was a veteran of counterinsurgency operations.