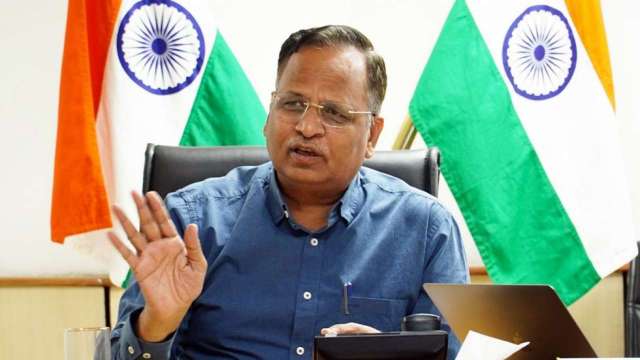 Amid a row over the World Health Organisation (WHO) report claiming 4.7 million “excess” Covid deaths in India, Delhi Health Minister Satyendar Jain on Friday said that no data in the national capital has been fudged.

Speaking to ANI, Jain said, “Delhi numbers are authentic and correct. Almost 25,600 deaths have taken place and each of them has been counted. In Delhi, the data has not been fudged even for a single death.”

On the other hand, Congress leader Rahul Gandhi on Friday hit out at Prime Minister Narendra Modi over the WHO report and said “Science does not lie, Modi does”.

“47 lakh Indians died due to the Covid pandemic. NOT 4.8 lakh as claimed by the Govt. Science doesn’t LIE. Modi does. Respect families who’ve lost loved ones. Support them with the mandated Rs 4 lakh compensation,” tweeted Gandhi.

The BJP came down heavily on the Congress leader for his tweet and said that Gandhi is trying to “defame” PM Modi.

“It’s sad that politics is being played on Covid death numbers. Look at the situation and population of our country. We have done better than the developed countries. Rahul Gandhi was the first person to tweet on the WHO data. He is trying to defame PM Modi. He has been doing this since 2014,” Sambit Patra said while addressing a press conference.

India has strongly objected to the use of mathematical models by the WHO for projecting excess mortality estimates concerning coronavirus and has said that authentic data is available. Referring to excess mortality estimates, the Health Ministry said in a statement that the validity and robustness of the models used and the methodology of data collection are questionable.