The country is boiling under an intense heatwave. Temperatures have crossed unimaginable thresholds – beyond 46 degree Celsius in some regions. But it’s not as much the number than the effect it brings on human lives. As the sun becomes debilitating to bear, so do the health issues it brings.

One of the health symptoms, that surprisingly come from living under a heatwave, are gastric issues. And there is some science to back it. According to Swiss experts, there is a higher risk of inflammatory bowel disease (IBD) flare-ups and infectious gastroenteritis (IG) during a heat wave.

Dr. Christine Manser, a gastroenterologist at University Hospital in Zurich, Switzerland, said, “This is something extremely new.” “There has never been a study looking into the influence of climate change on IBD and IG flares,” Manser said.

A heatwave was defined as a six-day period in which high temperatures exceed the average daily high by more than 9 degrees Fahrenheit (5 degrees Celsius) by the researchers in the study.

The study found that for every additional day that a heat wave continued, there was a 4.6 percent increase in the likelihood of persons needing to be hospitalised with a relapse of inflammatory bowel disease, according to a report in LiveScience.

Manser noted that if intense heat started on Monday and lasted all week, it would be categorised as a heat wave by Saturday (day six), and the probability of IBD flares would grow by 4.6 percent per day by Sunday (day seven).

The study also discovered that for every extra day of a heat wave, the probability of needing to be hospitalised increased by 4.7 percent among persons afflicted with infectious gastroenteritis.

Usually, a virus, such as norovirus, a bacteria, such as salmonella, or a parasite, such as giardia, can cause infectious gastroenteritis, which can induce vomiting and stomach cramps. The study was published in the American Journal of Gastroenterology.

The study explored link between stomach issues and heat

The researchers examined admission records from the University Hospital of Zurich over a five-year period, which included 17 heat waves, to see if stomach complaints were linked to them.

Heat waves were found to have an immediate influence on the risk of IBD flare-ups, according to the research. On the seventh day of a heat wave, however, there was the greatest chance of acquiring infectious gastroenteritis.

Heatwaves modify the bacterial composition of our gastrointestinal tract

Several possible mechanisms, according to Manser, could explain why IBD flares up in warmer weather. “Heat waves produce physical stress,” according to Manswer, “which has been known to exacerbate flares of inflammatory bowel disease.”

what are some other effects of heatwaves?

From minor side-effects like heat syncope, cramps, fatigue to heat strokes, which could be sometimes fatal, experts have flagged the health issues related to rising mercury levels. Experts also said that heat waves could lead to sunburn and fungal infections, PTI explained in a report.

Dr Dileep Mavalankar, Director of Indian Institute of Public Health, Gandhinagar told PTI the side-effects of heat waves could be minor as well as major, which may sometimes result in deaths or even permanent neurological damage.

With regards to minor side-effects, Mavalankar said extreme heat can cause dehydration, for especially those who venture outdoors. It can also lead to heat cramps, fatigue.

Extreme heat can also lead to heat syncope (fainting or dizziness). “As several parts of the country are reeling under an intense heat wave, there could be more admissions in hospitals,” he told PTI.

Heat stroke is the common heat-related ailment, which could result in death, he said.

“With the heat stroke, the blood temperature also rises and proteins in the brain curdle. This could lead to neurological damages and sometime even to death,” Mavalankar, whose institute prepared Heat Action Plan for Ahmedabad along with the local civic body, said.

He also pointed out that indirect heat stroke stressing that elderly and those with co-morbidities are prone to it.

Intense heat puts more stress on organs like heart and lungs as they function beyond their capacity which could be hazardous, “One can be affected by indirect heatstroke without actually venturing out,” he said.

Dr Sanket Jain, consultant pulmonologist with Masina Hospital, Mumbai, said due to increase in heat since last two weeks, many patients have complained of their inability to eat food as they felt having a bloated stomach.

Many also complained of unsound sleep due to waking up in nights due to dryness of mouth.

The fungal infection acquired due to perspiration or profuse sweating isn’t acquired from someone else, it is due to the fungal flora that remains in our body, due to sweating they increase in number and cause infection, Choudhury said.

“These infections can be in under arms, groins and then spread to other parts of the body. They are very contagious and spread through the body quickly and can also infect other people in vicinity like family members,” Choudhury added.

Dr Harish Chafle, senior consultant – Pulmonology and Critical Care at Global Hospital, Parel Mumbai, said those at high risks must be monitor those at high risk and little extra attention needs to be paid to infants and young children, people 65 years of age or older, obese, those with heart disease or high blood pressure, or who take certain medications, such as for depression, insomnia, or poor circulation.

He said one should avoid outdoor activity in the afternoon and wear sunscreen to avoid sub burn and tanning.

Chafle suggested drinking plenty of fluids and staying away from very sugary or alcoholic drinks as it could lead to body losing more body fluid.

“Excessive sweating removes salt and minerals from the body that need to be replaced. You can replace the salt and minerals you lose through sweat with a sports drink. If you are struggling with diabetes, high blood pressure, or some other medical condition, please concern your doctor before you drink a sports beverage or consume salt tablets,” he said.

Shweta Mahadik, Clinical Dietitian, Fortis Hospital, Kalyan, said rising temperature increases likeness for drinks as a response to the water content getting removed from the body in the form of sweat.

While having plain water is good, adding varieties to it is even better. Natural cooling drinks carry organic ingredients that help us keep going in this sweltering heat and maintain good health, she said.

and lastly, News18 explains how to deal with the heat

There are a number of ways one can deal with the heat. News18 provides you an explanation, in a series of images. Take a look: With inputs from PTI 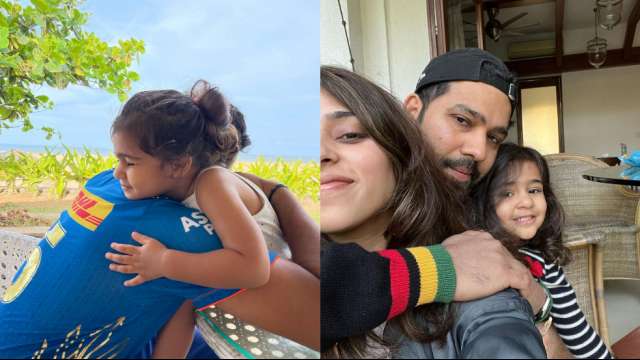