In light of the ‘major security lapse’ that left Prime Minister Narendra Modi stuck on a highway in Ferozepur in Punjab for 20 minutes on Wednesday, the Supreme Court has directed the Registrar General of the Punjab and Haryana High Court to secure and preserve all records of the prime minister’s travel from the state government, its police and central agencies.

According to Bar&Bench, the judges also directed officers of the Punjab Police and the Special Protection (SPG) as well as other central and state agencies to cooperate and provide necessary assistance to the Registrar General of the Punjab & Haryana High Court.

The direction from the apex court came as it was hearing the plea of an organisation Lawyer’s Voice’ seeking a thorough investigation into the breach in Prime Minister Modi’s security in Punjab and ensuring there is no such event in the future.

During the course of the hearing, the bench headed by Chief Justice N V Ramana also asked the counsel representing the Punjab and the central governments to ask the committees set up by them separately to hold their probes till Monday when it will hear the plea next.

The apex court also stated that the Director General of Police, Chandigarh and an officer from the National Investigation Agency will act as nodal officers to coordinate with the Registrar General.

During the hearing, the Centre, according to an NDTV report, said that the security lapse is a “rarest of the rare” case that could cause potential international embarrassment and backed a probe by the National Investigation Agency.

“The incident created a very serious situation for the prime minister’s security,” Solicitor General Tushar Mehta was quoted by NDTV.

Meanwhile, news agency PTI reported that a central team probing the security breach during Prime Minister Narendra Modi’s visit to Ferozepur had reached the Punjab town on Friday while the state government submitted a report to the Centre saying an FIR has been filed in the matter and a two-member panel set up.

Punjab Chief Secretary Anirudh Tewari also submitted a report to the Centre regarding the security breach that stalled Modi’s visit informing that an FIR has been lodged in the incident and the state government has formed a two-member panel to investigate the lapses.

This development came after the Punjab government had on Thursday announced the two-member panel to investigate the lapses. The panel has been asked to submit its report in three days.

A huge row erupted on Wednesday when the prime minister’s convoy was stranded on a flyover in Ferozepur in Punjab due to a blockade by protesters after which he returned from poll-bound Punjab without attending any event, including a rally.

The incident triggered a major political row with the BJP alleging that the ruling Congress in Punjab “tried to physically harm” the prime minister, while other parties too attacked the state government over the law and order issue. 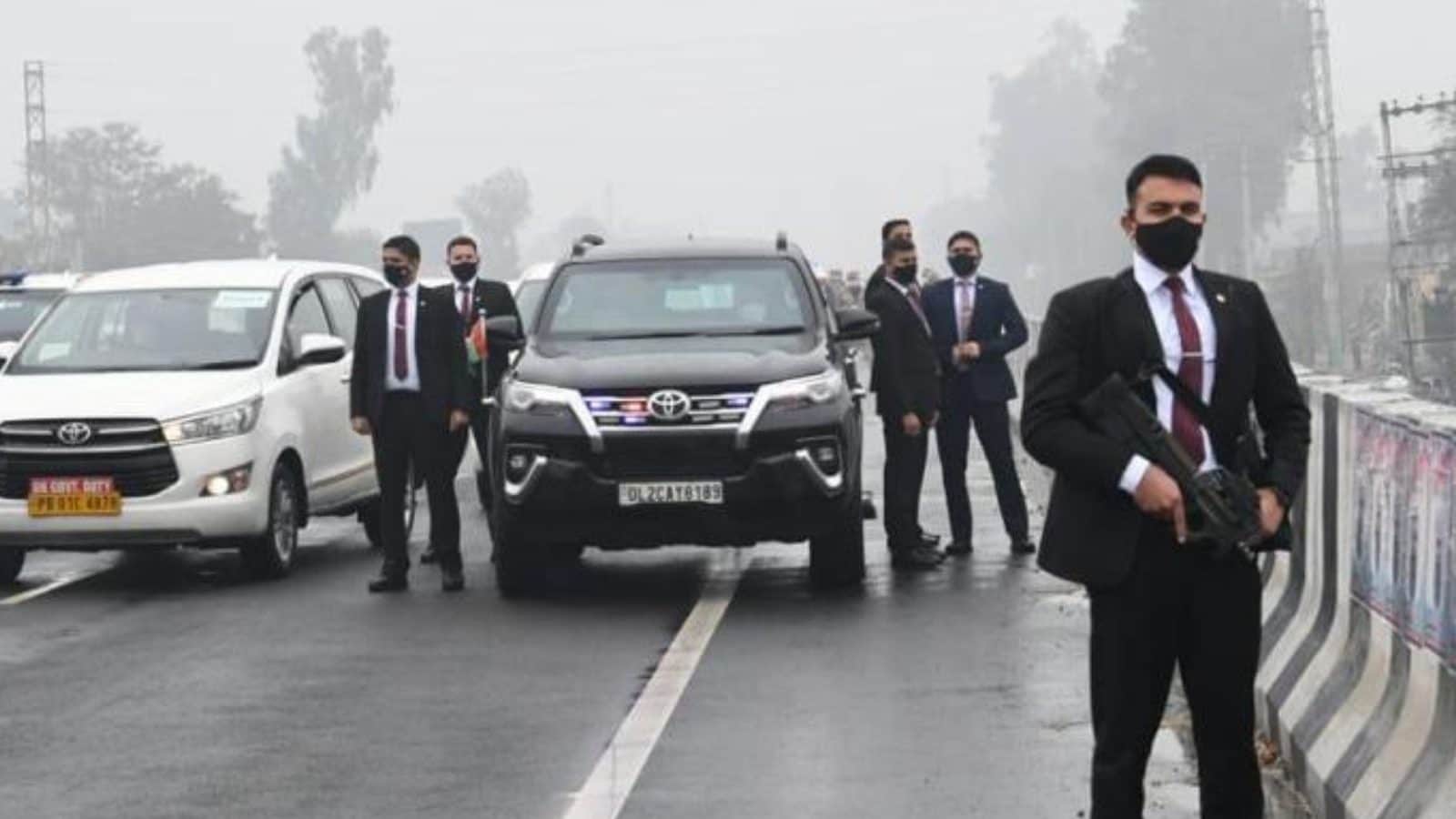