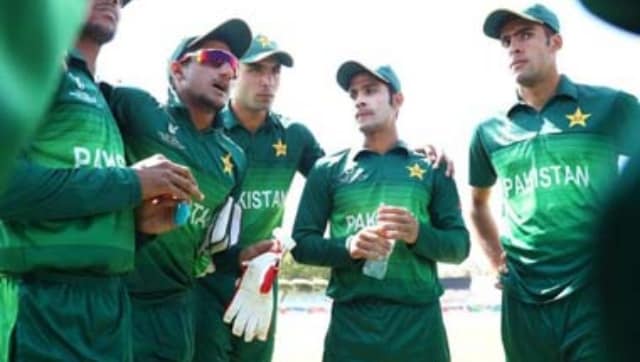 Group C of the ICC Under-19 Men’s Cricket World Cup pits a two-time champion against one of the rising forces in the game, with a couple of potential dark horses looking to spring a surprise.

Pakistan are the only team to have defended the title, doing so back in 2006 after a first crown two years earlier, and will be looking to make it to the final for the sixth time in the West Indies.

Pakistan are the only team to have defended the title, doing so back in 2006 after a first crown two years earlier, and will be looking to make it to the final for the sixth time in the West Indies. Twitter @cricketworldcup

Their biggest rivals in the group could be Afghanistan, whose best result came four years ago when they reached the semi-finals.

Joining the sub-continental duo are Zimbabwe, who have made it out of the first round on three occasions, and Papua New Guinea, back in the competition after failing to qualify in 2020.

Afghanistan’s rise in the senior game has been mirrored at Under 19 level, with the side having reached the quarter-finals in three of the last four editions of the ICC U19 Men’s CWC.

Since first qualifying in 2010, Afghanistan have made it to every tournament since, with the highlight coming in 2018 when a team featuring the likes of Rahmanullah Gurbaz and Mujeeb Ur Rahman helped them reach the semi-finals before losing to Australia.

This time around, it will be up to spinner Noor Ahmad to provide the experience, as the only survivor from the 2020 squad.

The 17-year-old has been involved in both the Big Bash and the PSL and should provide plenty of support to skipper Suliman Safi.

Only India have reached the ICC U19 Men’s CWC final more often than Pakistan, who have done so on five occasions in total.

The glory years came back in 2004 and 2006, with back-to-back titles in squads featuring the likes of future skipper Sarfraz Ahmed, as well as Wahab Riaz and Imad Wasim.

More recently, Shaheen Shah Afridi first caught the eye in the ICC U19 Men’s CWC, so the conveyor belt of talent has shown no signs of slowing down.

In the West Indies, all-rounder Qasim Akram will captain the side that is coached by Pakistan legend Ijaz Ahmed.

Qasim will be joined by top-order batter Muhammad Shehzad who is also back for his second appearances in the tournament.

After Papua New Guinea’s senior men’s team competed at the 2021 ICC Men’s T20 World Cup, the Under 19 team will make their ninth appearance in the ICC U19 Men’s CWC in the West Indies.

PNG are yet to make it out of the first round of the tournament but of their three previous victories, two have come against Group C opponents.

All-rounder Barnabas Maha will lead the side in the West Indies, having also captained the side during qualification for the 2020 ICC U19 Men’s CWC.

Zimbabwe have been remarkably consistent in recent editions, finishing either 10th or 11th in each of the last four ICC U19 Men’s CWCs.

The best of those campaigns came in 2016 when a team featuring then 15-year-old Wesley Madhevere lost by just two runs to eventual champions West Indies to miss out on qualification for the quarter-finals before going on to beat South Africa by eight wickets in the play-offs.

A record of three wins and three losses in each of those tournaments shows that Zimbabwe should not be taken lightly by any opponent, and they will be keen to spring a surprise of the sub-continental pair who are favourites to get out of the group.

Emmanuel Bawa, who scored a century against Canada at the 2020 edition, captains the side this year and is the only remaining member of that squad.

He will be supported by vice-captain Brian Bennett in a side that is coached by former Zimbabwe captain Prosper Utseya.