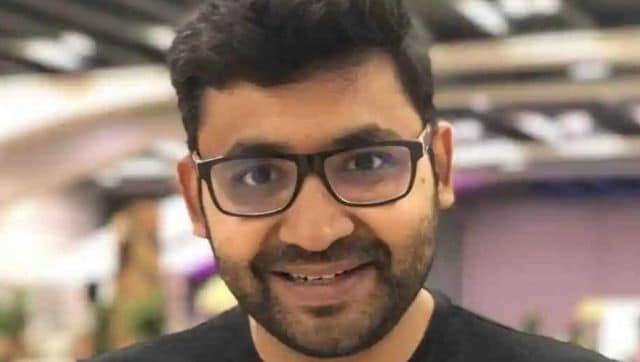 Elon Musk, the world’s richest man, is all set for a Twitter takeover. He struck a deal to buy the social media giant for $44 billion with its board, including Chief Executive Offer (CEO) Parag Agrawal and its former head Jack Dorsey.

Musk, a self-proclaimed “free speech absolutist”, wants to revamp Twitter and as the owner, he will have the power to overhaul the board and dismiss those who do not align with his vision for the organisation. In a securities filing on 13 April, the entrepreneur said that he did not have “confidence in the management”, reports TIME.

What does this mean for the India-origin executive?

The Twitter CEO told worried employees on Monday at a town hall that the future of the firm was uncertain.

Employees asked Agrawal whether former US president Donald Trump, who was permanently suspended from Twitter last year, would be allowed to return once Musk takes over. “Once the deal closes, we don’t know which direction the platform will go,” he said, referring to the question regarding Trump.

During a virtual meeting with Twitter employees, hours after the company had agreed to the buyout, Agrawal said that he would remain the CEO until the deal is closed. However, he did not comment on what would happen after that.

Agrawal would get an estimated $42 million if he were terminated within a year of a change in role at the company, according to research firm Equilar, reported Reuters. The amount includes a one-year base salary of him and accelerated vesting of all equity awards, the research firm estimated. It is based on the price of $54.20 per share that Musk has offered.

Twitter CEO Parag Agrawal told worried employees on Monday at a town hall that the future of the firm was uncertain. AFP

Agrawal took over from Twitter co-founder Dorsey last November. However, the IIT-Bombay alumnus is considered a veteran in the company.

He was well-known in the San Franciso office much before he took the top job. He joined the company in 2011 as a software engineer and went on to build a reputation as one of its top engineers. He became part of the team that transformed Twitter’s developing projects and was instrumental in focusing the platform’s efforts on the “timeline” structure of tweets on users’ homepages, reports TIME.

In 2017, he was promoted to chief technology officer. He moved Twitter onto cloud computing services to address engineering problems that caused sluggish growth, according to the magazine.

Agrawal has managed the firm’s technical strategy, overseen machine learning and AI, re-accelerated user growth, and scaled ad system and revenue during his time in the company. He also looked into Twitter’s effort to incorporate cryptocurrencies into the platform, letting users send tips to each other, a report in the Times says.

The stint as CEO

Agrawal has been CEO for five months and it has been a tumultuous stint so far. Dorsey quit in November last year after being questioned by investors for the time he spent on other projects. However, he picked Agrawal for the job and put all his weight behind him.

“He’s been my choice for some time given how deeply he understands the company and its needs,” Dorsey had said. “Parag has been behind every critical decision that helped turn this company around… He leads with his heart and soul, and is someone I learn from daily.”

not sure anyone has heard but,

When Agrawal was appointed CEO, he received an annual package of $1 million, with a potential bonus of up to $1.5 million. His net worth is at least $26 million, according to regulatory filings compiled by Factset. However, being the top boss at the firm has not been easy.

Twitter reported a net loss of $221 million last year and the past few weeks have been the most difficult for the company in its 16 years existence with Musk gunning for ownership.

When Musk bought a 9.2 per cent stake in Twitter earlier this April, he was appointed to the company’s board of directors. Agarwal then wrote a note that sounded grateful.

He later announced Musk’s rejection. “… Elon shared this morning that he will no longer be joining the board. I believe this is for the best,” Agrawal said.

Elon has decided not to join our board. I sent a brief note to the company, sharing with you all here. pic.twitter.com/lfrXACavvk

After Agarwal was appointed the CEO, Musk tweeted that the US benefits greatly from Indian talent. However, a lot has changed since.