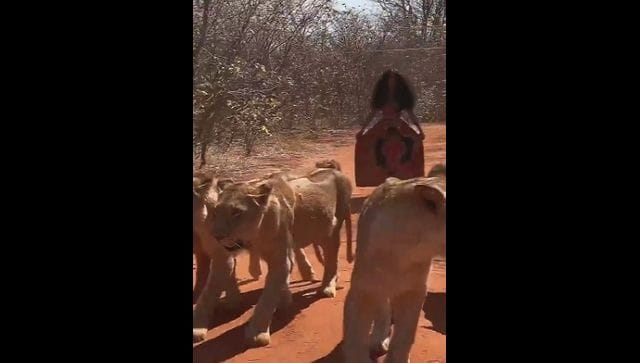 According to reports, the woman is not a local resident of any village near the jungle nor a wildlife enthusiast.

A woman was seen walking casually along a jungle path with a group of lionesses in a video that has been doing the rounds of the internet. Yes, you read it right! In the clip, the woman can be seen roaming in the jungle with not one or two but with six lionesses. The video of the incident has gone viral on social media, garnering lots of attention.

The clip has been shared on Instagram by Safari Gallery, where the video seems to have been shot in a Jungle. “Do one thing every now & then that scares the life out of you. Would you try this?” reads the caption.

Check out the video here: https://www.instagram.com/reel/CYjT_CJpftW/?

As the video opens, it shows a woman walking with a group of lionesses amid a rough path. As the clip proceeds, the woman even holds the tail of one of the lionesses who seems to be completely unbothered by the gesture and is walking in front of the woman.

Since being shared on social media, users are stunned to see the clip. Many flooded the comment section with questions while others called the woman ‘gutsy’.

According to reports, the woman is not a local resident of any village near the jungle nor a wildlife enthusiast. She is in fact a luxury traveller, according to her Instagram bio. Furthermore, the woman has been identified as Skye by an India Today report.

Weeks back another video went viral which captured a woman carrying a lion in her arms. The incident took place on the streets of Kuwait. Reports suggested that a pet lion sparked fear and panic after it escaped from its enclosure and entered a residential area.

As per news reports, local authorities received several calls about the big cat being on the loose and roaming the streets. Soon after that, a woman, said to be the lion’s owner, was seen carrying the animal in her arms. Watch the video below:

What are your thoughts on the clip? 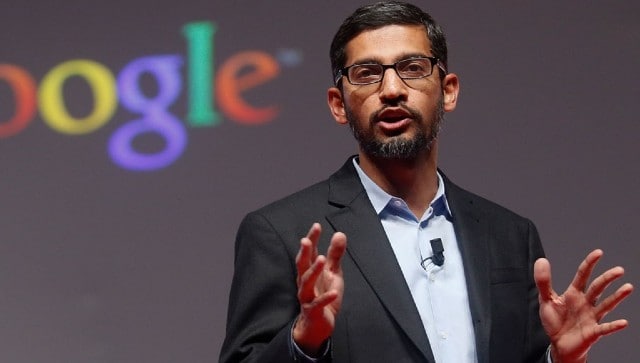